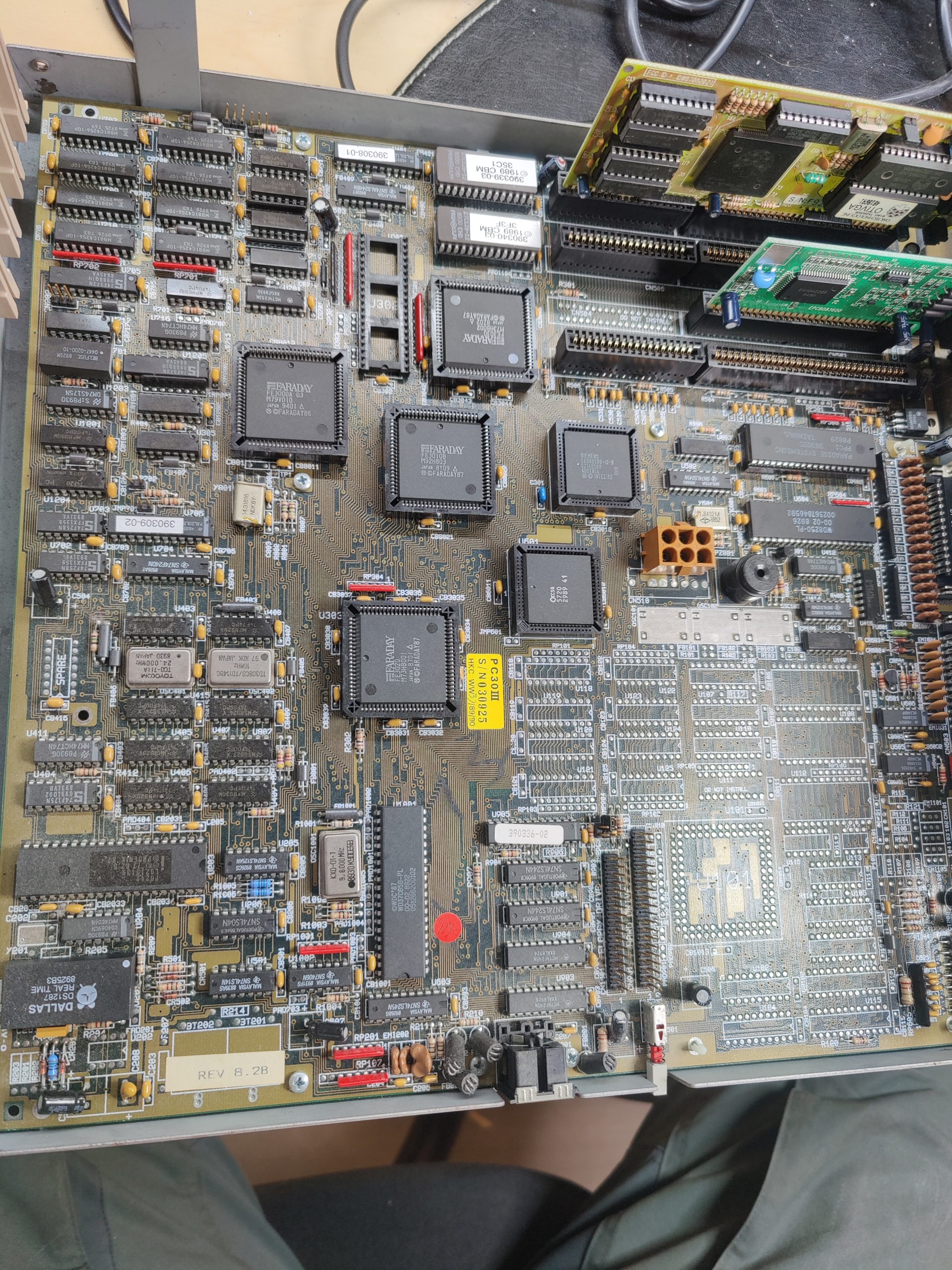 On my continued retro endeavor I collected an old Commodore PC-30-III from 1989.

Yes, it’s true! The Commodore company also tried to get a grip in the business market, so they really made a couple of IBM compatible PC’s as well.

I’ll tell you what, now that I know:

My resolution to the discovered issues:

Aquired an old VGA ISA display adapter, (chose VGA, but originally it had an EGA adapter)

Aquired a CRT monitor, a little newer but it still gives the retro vibe

Fixing the CMOS battery was a little more work than usual because of the fact that Commodore had chosen to put the battery inside the RTC chip. They did this most likely as an effort to overcome the old leaking Nickel Cadmium batteries eating the MB.

This CMOS battery issue had to be fixed first, because otherwise the PC would never keep the settings for floppy and HDD, thus would never boot (actually it might have booted on a 344KB formatted floppy, but the Chinon FB-357 floppy drive is capable of 1.44MB)

This neat hack I found described on these sites:

Found 2 bad traces which coresponded perfectly with the non working keys. Repaired these with some liquid solder paste from a syringe and let it dry overnight. Turned out to be a perfect fix.

Bad blocks on disk was fixed by running scandisk in the surface scan mode.

Then we can enjoy the late Yuppie time of stinky 16bits retro PC computing, from a company that died 5 years later ,- 1994🤔

If you want some history of the Commodore PC compatibles, be sure to check out The 8-bit Guy